By now we’re all familiar with a stock’s ability to generate abnormal returns in the penny stock niche. If you have been following my blog or trades over the past few years, you know my earnings strategy was derived from lessons learned from Tim Sykes. I initially, and naively assumed that he had invented the idea of buying earnings winners. Although this concept has been around for decades, Sykes blazed the trail in applying the strategy to penny stocks.

Ray J. Ball & P. Brown initially introduced a study in response to the market efficiency theory, and it has been widely studied in the finance industry ever since. You can further your research here, here, and here. The consensus is, that because of reasons, stocks tend to drift upwards over an extended period of time after a positive earnings announcement.

Most of what you’ll find out there is based on fundamentals, and tends to focus on a longer term time frame (only because they don’t know that they could be getting the same return in a fraction of the time if they’d buy lower priced stocks), but it’s always good to understand what other people are thinking, and what drives other traders into a stock.

Having learned from a technical trader, this is what I focus on.. so instead of watching for earnings surprises, I look for technical breakouts. Instead of looking at EPS, I look at short interest. This is a great recipe for both a short term squeeze, and a long term rise in price.

Here are a few examples of high short interest stocks that had a good reaction to earnings, resulting in my version of a PEAD:

if you aren’t familiar with ThinkorSwim’s charts, the blue icon is an earnings announcement, while the red phone is a conference call. 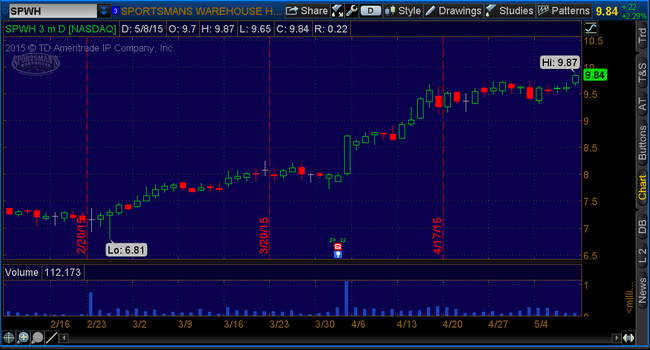 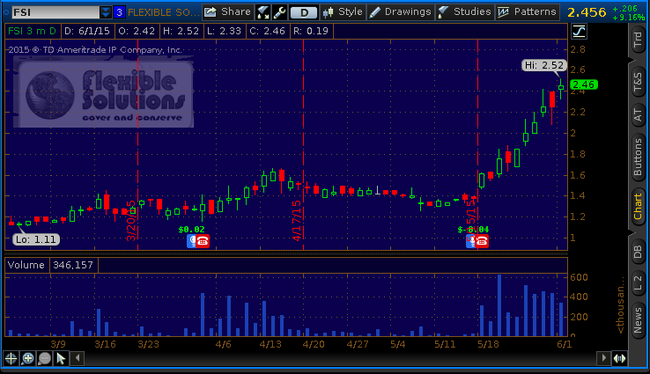 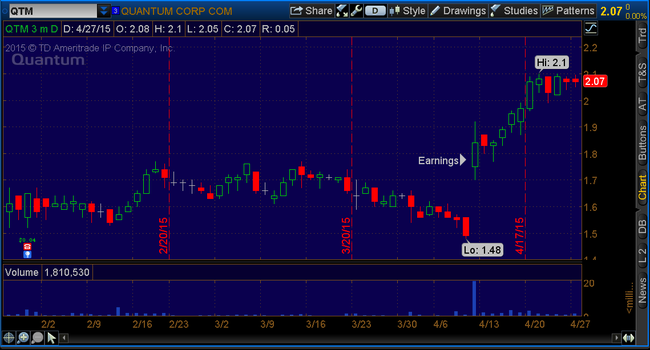 Finding a way to trade around one’s day job seems to be a fairly popular challenge with a lot of the newer traders I meet around the internet. If you read my blogs, you’ll notice I post a lot of charts. This is because I believe that... Continue →